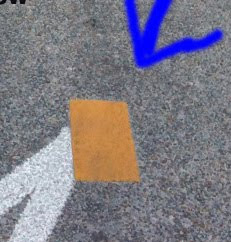 Was just down by the entry to the beach on Garfield and thought I would give you an update. I had contacted Mr. Harrell earlier about doing some remarking of parking down on Garfield, perhaps adding the small yellow squares to mark where all cars, and trucks should be with no overhang as to blocking the road itself. ( This was done on Hotz.) Well the new markings are down there along with the little squares. There are also signs posted about parking correctly. There is now a clear road area that cars and trucks with trailers will be able to enter and depart from the beach without being blocked .There are also several well marked handicap parking spots that have been desiginated for the handicap observation deck that is being built.
In regards to that observation deck that TDC is building down on the end of Garfield, after a lot of discussion last Fall it was decided that the Observation deck would be built off the existing walkover to the beach that is located on the left side of Garfield. Or that was the way that I understood it from the TDC. Well, they have started to construct the new observation area and it is not on the left side of the beach entry, and is not going to be coming off the already in place walkover. It is being built on the right side of the beach entry. as a stand alone deck. It is being built about two feet or more off the sand. (The structure is directly across from the pile of wood in picture.) Will post pictures of this deck as it progresses. Not sure why there was a change in location, there was no notification to anyone of a change, and Mr. Mares is no longer with the TDC so can't contact him. 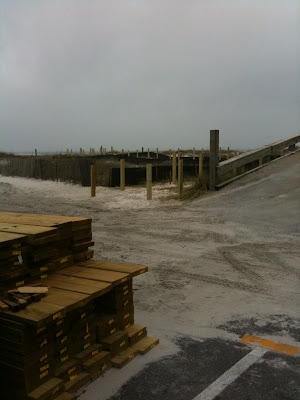 Posted by yzarctoo@aol.com at 8:13 AM