Minutes:  September 23, 2011 Meeting minutes were approved by board member E-mails and posted to GBNA Blog.
Objective of the Meeting:  The Board reviewed activities and responsibilities for the upcoming Annual Membership Meeting, 11AM, April 7, 2012.  The Board appreciates Shirley Sahlie’s offer to use her lot for the meeting.


Projects:
DeFuniak Lift Station Art Project:  The Board congratulated Ann Morrell’s work with Don Sawyer to use his donated art to mitigate the visual impact of the Regional Utilities structure on DeFuniak St.  Ann successfully worked the Regional Utilities, County Planning and Development and Commissioner’s offices to get the project approved.


Hotz Avenue Beautification:  Grant and Billy discussed their on-going project to replace the Hotz no-parking asphalt areas with landscaping.  GBNA is recognized as a developer by the county in order to cut out landscaping plots on the street.  At the September 23, 2011 meeting, the board approved a $5,000 budget target for the project.  Estimates of actual costs are pending including estimates for long term maintenance.
Other Beautification:  The board discussed other projects including adding landscaping along the west side of DeFuniak Street down to Rivard.


Uniquely Grayton Beach:  Billy reported that he expected to get approval to paint the old aviation navigation aid (north arrow and village name) on DeFuniak Street.  The previous aid had be covered over in the early nineties resurfacing project.
Speed Bumps:  The Board discussed need to revisit reinforcing the speed bumps that were flattened during the repaving project last year.  Speed and vehicle, bike and pedestrian separation are a major concern.


Boat/Kayak Rack, Boat Ramp:  The Board tabled this project because of other priorities.
Banfill/Lydia Lake Access Cleanup:  Grant reported that TDC will review need to remove the invasive lake reeds north of the access.
Ordinances:  Parking and Noise:  It was reported there is a parking ordinance recently approved for South Walton County.  The Board discussed the relationship of member noise complaints.  The sources are commercial establishments who are now using public parking areas to handle the flow over from their commercial parking areas.  Billy offered to review the parking and noise ordinance issues prior to the Annual Meeting.  Grant and Billy met with Sheriff Mike Adkinson to get more background on the issues.


Beach Driving:  The Board agreed to continue to object to the provision that beach driving lottery winners must be residents of Walton County.  The Board believes Grayton Beach property owners should be eligible for the permits as well.
Directory:  The Board agreed to provide copies of the 2012 Membership Directory at the Annual Meeting.  Larry Jackson will take lead in providing the data to Grant and Bill.  Bill agreed to produce the final project.
Annual Meeting Planning:


-       Grant will invite County Sheriff Mike Atkinson as a guest.  This will provide a good venue to discuss parking and noise enforcement as it relates to Grayton Beach.
-       Grant and Scott will review sources and obtain for the tent, chairs, and tables.
-       Kitty will do the post card reminder mailing.
-       Ann and Scott will get the luncheon supplies.
-       It was recommended to get at least one Porta-john for the meeting.
30A Western Lake Bike Bridges:  Billy discussed the issue of safety for bike riders on the bridges over Western Lake.  The Board agreed that the Association should work with neighboring villages to get automobile and bike/predistran separated crossings over the lake as a part of the 30A Bike Trail.  Billy will draft a petition as a project for the 2012-13 Board.
Grayton Turtle Logo Trademark:  Grant is finishing the trade mark process for the turtle logo.  The are several products where the logo can be used to highlight Grayton Beach to owners and visitors.
The meeting was adjourned at 2:45 PM.


Submitted by Larry Jackson, Secretary Upon approval, these minutes are posted on Grayton Beach Neighborhood Association BLOG at http://graytonbeachflorida.blogspot.com/ , The Minutes are cataloged at http://minutesonly.blogspot.com/
Posted by yzarctoo@aol.com at 1:53 PM No comments:

I have gotten several calls and a few emails with concerns that the county is cutting up Hotz and making it one way and questioning why we hadn't posted about this action before on the blog. There were expressed concerns about how a one way Hotz would effect all of Grayton etc. The county is not cutting up the pavement your GBNA is, with county approval....under the direction of Billy and Grant they have started the Hotz Landscaping project that was first discussed at our July meeting in 2011. Where the county had placed the old white poles to prevent parking in certain sections is now being turned into planted areas. As a Board, $5000 dollars was set aside to cover this project with hopes that the businesses that are located on Hotz would also contribute funds as the landscaping will also benefit the look of their business as well as our neighborhood. ( In fact the poles were originally placed on Hotz  by the county because of the uncontrolled traffic/parking  that occurred because of these popular businesses.)  I asked Grant to reply to the concerns that I have received over the last few days .... Here is his response.

The pavement cut out and ultimate plantings are an initiative by the Grayton Beach Neighborhood Association for beautification of the Hotz Ave commercial area. There is no one way measure associated with them. We have heard no recent discussion of one way. The areas are within the caution lines drawn last year by the county. The plantings are primarily to the rear of the provided areas and will not encroach on the existing driving ROW. No parking spaces are being affected. 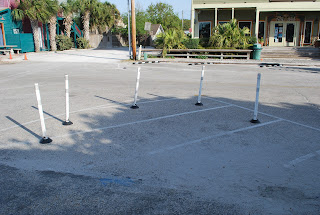 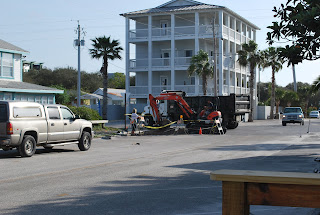 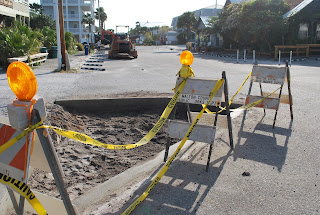 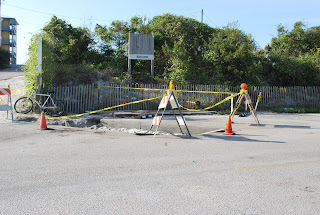 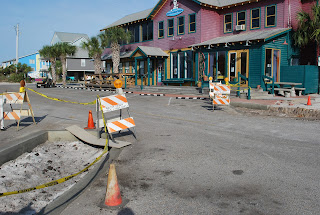 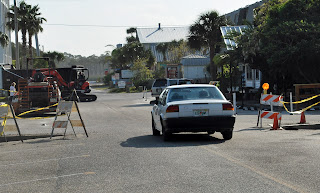 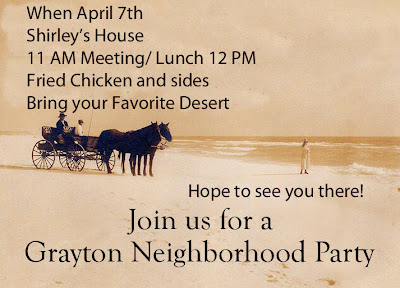 PLEASE NOTE CORRECTIONS WHEN YOU RECEIVE YOUR POSTCARD THAT WE ARE SERVING FRIED CHICKEN AND WE WOULD LIKE YOU TO BRING YOUR FAVORITE DESERT
Posted by yzarctoo@aol.com at 6:57 PM No comments:

SANTA ROSA BEACH — Walton County commissioners have reversed a previous decision and will now reconsider allowing tolls on a new U.S. Highway 331 bridge.
Tuesday’s decision comes on the heels of a commission meeting March 6 in Tallahassee, where the Florida Department of Transportation sweetened its deal on funding for the new bridge over Choctawhatchee Bay.
DOT officials said they will provide an additional $75 to $80 million to complete expanding U.S. 331 to four lanes from the Clyde B. Wells Bridge to Interstate 10.
DOT already had offered $102 million for the bridge if the county agreed to provide $75 million, either through a sales tax increase or a toll.
Without a commitment from the county, the DOT has said the funds would be allocated to another part of the state.
The county has been trying to get U.S. 331 widened for decades. Officials say it will help with traffic safety, evacuations and economic development.
In February, commissioners voted unanimously not to pursue the toll option. Instead, they decided to hold a referendum on a half-cent local sales tax.
“Now, if the referendum gets turned down, this gives the board the discretion to consider the toll,” County Administrator Greg Kisela said Wednesday.
DOT District 3 Secretary Tommy Barfield sent a letter to the county Tuesday outlining some of the issues discussed at the March 6 meeting.
“In recognition of its continued commitment to this important transportation corridor, FDOT is willing to commit additional funding to widen the corridor north of the bridge and complete construction by 2017,” Barfield said in the letter.
Jim Bagby, town manager of Rosemary Beach, spoke at the commission’s meeting Tuesday. He said he is concerned that the DOT did not specifically lay out some of the commitments it made earlier in the month.
The dollar amount the DOT plans to contribute to widening U.S. 331 and the specifics about how long it would toll the bridge were not included.
“The letter didn’t quite represent what had been presented to me after the meeting (with DOT),” Bagby said Wednesday. “At some point before you go down this toll road, you need to have a firm fix on the details.”
DOT officials also mentioned at the March 6 meeting that they would consider setting up some kind of toll discount for locals.
Barfield’s letter said the DOT has begun to study the possibility, but that results are not expected until July.
Kisela said he plans to work with the DOT to get some details before then.
The DOT has extended its June 1 deadline for the county to make a decision about its offer, but it still is asking for a commitment by July 1.
“We can’t very well expect to make a decision without knowing some of the details of the toll differential,” Kisela said.
The county also pushed back the referendum date so commissioners can hold two public hearings on the toll issue in April.
The referendum on the sales tax increase now will be May 8. The dates for the public hearings in April have not been determined.
Kisela said the county wants to make sure voters are informed about the new information and all the options on the table before they go to the polls.
“This is information you need when you decide how to vote on the referendum,” he said.
Posted by yzarctoo@aol.com at 9:29 PM No comments: