Think back to 1919..this could have been our Grayton Beach. This document was shared with me by Mr. Scott Edwards, a Historic Preservationist It is really interesting to read and I want to thank Mr. Edwards for sharing this document with our membership. 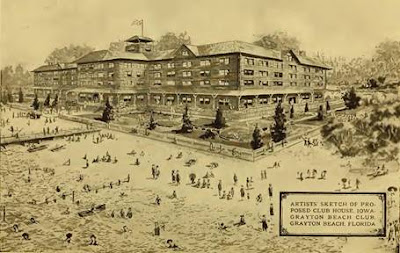 For some reason the article is no longer viewable on the blog, {it now appears, you never know with the internet : )} but you can click on the link below and then choose the option download and it will download to your computer and will open up as an Adobe pfd file.

Here is the Billy Buzzett's Powerpoint Presentation that was shown at our annual Meeting on April 3rd. It has been uploaded to YouTube by Mr. Edmond Alexander. (We really appreciate all the work that Billy and Edmond did.)

Message from Mr. Alexander:
The show is an auto run presentation and I had to choose 5.75 second durations for the images to make it fit within YouTube's 10 minute time restriction. It came in at 9 minutes and 48 seconds. There are a few slides with extended text that cannot be read in that short period of time. The solution is to click and hold on the progress bar button until your finish reading and then release the cursor to continue the show.

The image resolution can be increased to HD by clicking the resolution selection box. This will result in a sharper image and text. It can also be played full screen. (I watched the show using the HD /full screen option and it was great.)

Mr. Alexander has placed no restrictions on the use and distribution of the show so feel free to share with family and friends.


I was so impressed with Edmond's piece that I wanted to try to do a Powerpoint on Youtube too. I have added my first attempt that contains the party pictures from our GBNA FaceBook Page. I couldn't figure out the HD feature, but I did get it to load. Enjoy. ..... Ann (Update: I finally made it HD...so you can click on the 720 option and get sharper images.)

NO NAME CHANGE FOR OUR STATE PARK

I received the following email. Thanks to all of you who stepped up and expressed your opinions, wrote letters and made calls on this issue......... we did it...there will be no name change for our GRAYTON STATE PARK!!!!!

Thank you for your email regarding the potential addition of Governor Bob Graham's name to the Grayton Beach State Park. It means a great deal to me that you took the time to share your straightforward opinion. Clearly, those who came to us with this proposal meant to honor Governor Graham for his environmental preservation efforts by adding his name to the park whose trails and beaches he tramped and loved as a boy growing up. Their intentions were good and Bob Graham deserves recognition for his leadership in conservation, including in Northwest Florida and in the Grayton Beach area.

I say this as a lifelong Republican about a lifelong Democrat. However, it's also clear that the authors of this well-intentioned idea did not clear it with people in the area, including some local organizations who care deeply about the park and about the area. I freely admit that I took their representations of broad support at face value and should have checked myself. That was my mistake and I've learned from it. It would be exactly the wrong thing to do to force this name change on the community. And it would be disrespectful to Governor Graham to entangle him in a local controversy.

Consequently, I have talked with Representative Coley who has agreed to drop the proposal in the House. I will take similar action in the Senate. Again, I appreciate your comments on this matter. Your criticisms, observations and guidance help me be a better senator. Please always feel free to stay in touch.

Respectfully,
Senator Don Gaetz
Posted by yzarctoo@aol.com at 9:24 AM No comments:

background info:
A man named John Robert (Bob) Middlemus came to Rep. Coley and told her that the "community" really wanted to honor Bob Graham by adding his name to Grayton Beach State Park. Coley said that Graham was instrumental in securing funds for the park. She said the buck stops with her because she took him at his word, thought it sort of an insignificant thing, and she actually started the Bill. She called Sen. Don Gaetz and he thought it also just a local sort of thing that the people in the community wanted and said he agreed to sponsor in the Senate.
Mr. Middlemus is not a Walton County resident., he does not represent any longtime residents of the area, he is single resident of Panama City Florida

This morning, Rep. Coley talked to Sen. Gaetz about the emails and phone calls in opposition. Sen. Gaetz said he wanted to measure opposition against support as he has started getting phone calls and emails in support. Coley doesn't have a clue where these are coming from. She said we need to get a lot more people to call and email Sen. Gaetz office today and tomorrow. We need to flood the telephone lines and emails. I can't imagine how Mr. Middlemus heard that we were mobilizing opposition but he, or someone he knows, did. See previous post for phone and email information.

Posted by yzarctoo@aol.com at 8:59 PM No comments:

Another Change..Have an Opinion LET THEM KNOW

There is a bill to change the name of Grayton State Park.
The park’s original name comes from neighboring Grayton Beach, one of the oldest townships along the Gulf of Mexico in Walton County. Obtained through a land lease from the Florida Board of Education in 1964 and Grayton Beach State Park was dedicated and opened in 1968. It borders the township on all sides except to the south which features the Gulf of Mexico. WHY CHANGE THE NAME??????

After reading the following article let these folks know what you think about this change.

With Senate bill 1882 making its way through the legislature and primed to go into effect July, 1 2010, area residents disagree about whom the park should be named after.
Gene Wesley, who has lived in Walton County for 81 years, said he would like to see the park named after a longtime family friend, Thomas D. Bailey.
"He was an outstanding person," said the Seagrove resident. "He was a member of the state Board of Education and served as the superintendent of schools."
Senate bill 1882 was introduced by Rep. Marti Coley, R-Marianna, and Sen. Don Gaetz, R-Niceville, to rechristen Grayton Beach State Park as Bob Graham Grayton Beach State Park . The bill mentions Sen. Graham's local ties in Walton County and states that the park may never have expanded without his efforts.
“This most valuable addition to the park might never have occurred without Bob Graham’s personal involvement,” the proposed bills read. Graham has said that South Walton County is “his roots.” His grandfather was also from Freeport and a country doctor.''
Wesley said even with Bob Graham’s ties to the county, he believes Bailey would be a more deserving recipient.
Thomas Bailey served as Superintendent of Public Instruction/Commissioner of Education in the state of Florida from 1949-1965, according to Florida Memory State Library and Archives.
Wesley said Thomas first came to DeFuniak Springs and befriended his father in the mid-20s, when Bailey came to teach at the Thomas Industrial Institute.
"This was the first job he had," Wesley remembered. "Back then DeFuniak was the town of schools and churches. That is about all that was there."
Wesley said throughout the years Mr. Bailey taught many, many students and served as principle of Walton County High School .
"Teaching was just one of his passions," Wesley said. "School work was all he ever did his entire life, from the time he left college until he died."
While serving on the state board of education, Wesley said, Bailey oversaw the disbursement of the property that is now Grayton Beach State Park .
"He had asked me to help get the land transferred over to the division of state parks so everyone could enjoy it," Wesley said. "We had gone out with the park director and drove the property. It was his idea to make the property available for public use."
Wesley said he respects what Sen. Graham did to help purchase the land from Van Ness Butler.
"I don’t have a thing in the world against Bob Graham," he said. "But if anyone's name needs to be attached to the park, it's Thomas Bailey. I just think it would be a miscarriage of justice if Mr. Graham's name was added instead of Mr. Bailey's."
Fellow Walton County resident Bonnie McQuiston said she would like to see the park named after Gov. Robert Martinez.
"Gov. Martinez was responsible for initiating Preservation 2000," McQuiston said, "and he also began many other environmental programs in Florida ."
Preservation 2000 was a program the Florida Legislature began in 1990. It was intended to preserve as much of the states unspoiled lands as possible.
McQuiston said that during the big boom development years Gov. Martinez had really pushed preservation.
"At the time Gov. Lawton Chiles was pro-development in Walton County and Robert Davis wanted to develop Seaside all the way to Grayton Beach ," McQuiston said. "We saw our property values going up because of the development they wanted, so we formed an organization to fight it."
McQuiston and her Beach to Bay Connection organization met with government officials and cabinet members to protest the development.
"We ultimately got Gov. Chiles vote overturned and we won," she said.
McQuiston told the Sun that she had never heard of the bill and planned to call Rep. Coley and Sen. Gaetz about the proposed name change.
She added "if they want to name the park after Bob Graham, they should get some history on the park first."
"I don’t want to name this after some politician, just because he is a politician," she said. "I don’t think people paid attention to this. I don’t think people are even aware of the change."

A look at Grayton Beach State Park from Walton Outdoors on Vimeo. 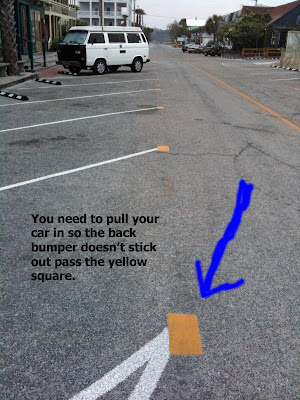 Hotz Street has been marked. The County has inserted small yellow squares at the end of the parking stripes. It is "hoped" that all cars parking on Hotz will pull up their cars so that no bumper or car "part" will extend pass this yellow square. If so, the county officers might write a parking violation ticket. I say "might"....because that was mentioned at a County Commissioner's Meeting.

Posted by yzarctoo@aol.com at 8:21 AM No comments:

Fencing on the Corner of DeFuniak & Hotz 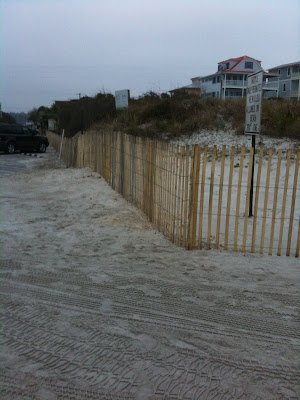 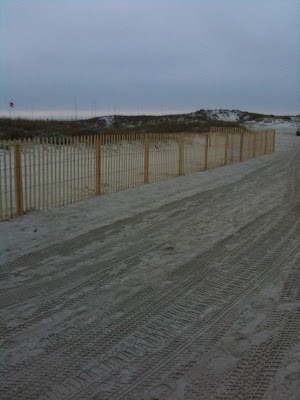 Posted by yzarctoo@aol.com at 8:11 AM No comments: 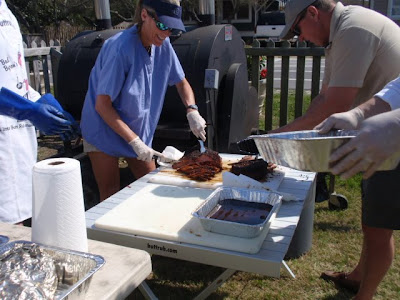 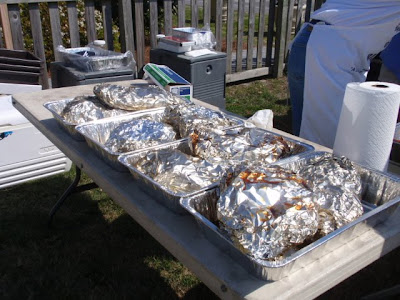 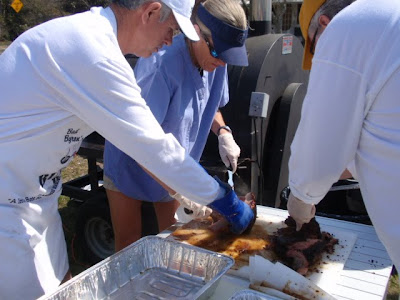 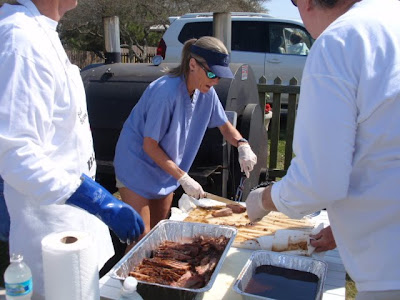 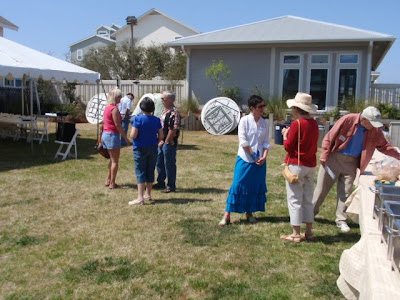 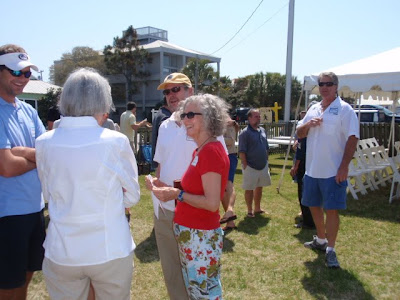 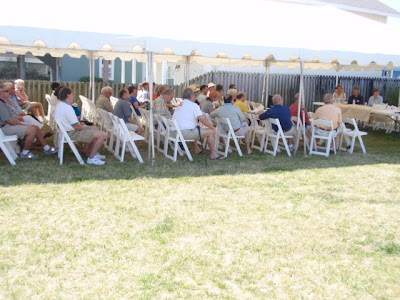 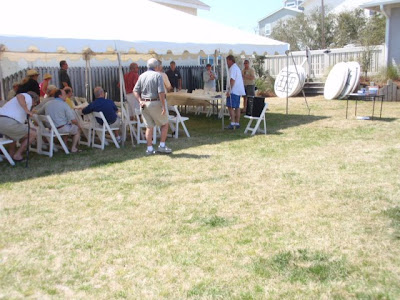 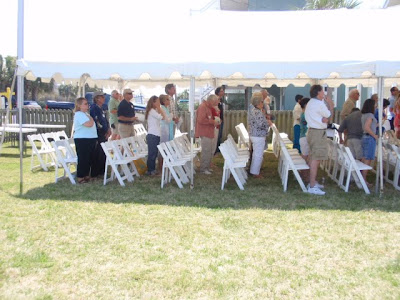 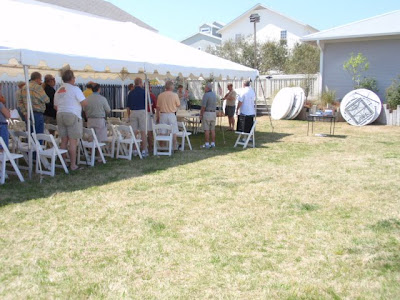 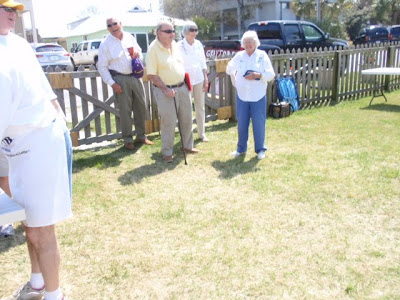 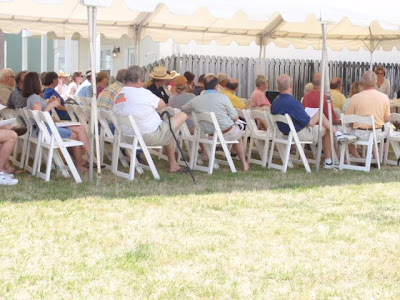 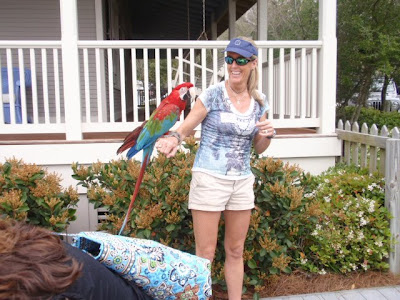 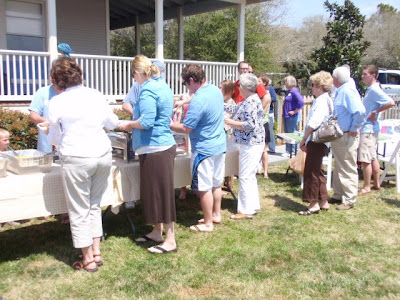 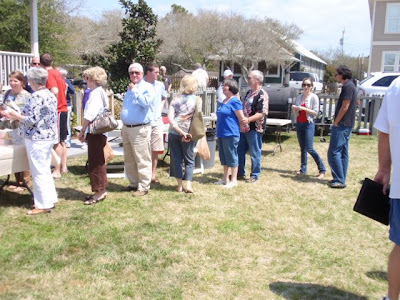 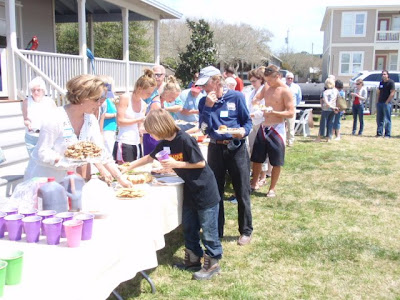 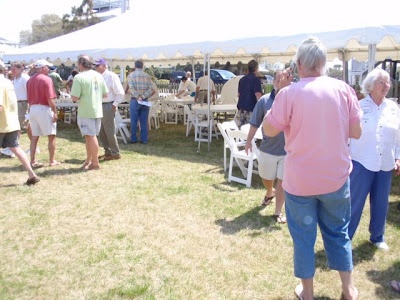 Posted by yzarctoo@aol.com at 2:13 PM No comments: