Hope everyone had a great holiday and now will be looking forward to a great new year. Our next meeting with the Walton County Commissioners will be on January 12th at 4PM at the South Walton Annex Courthouse. Hopefully there will be a conclusion to the Driving on the Beach Permit issue. I will be posting an update on the 12th after the meeting for those of you who have been following this saga.

Also may I ask again that you keep an eye out for your 2010 Membership Application and Ballot. I have enclosed a newsletter from your president Grant Blackwell and a self-addressed stamped envelope for you to return your membership application and ballot and your check for annual dues. It would be great to have these returned as soon as you get them, saving me the expense and time of not having to send out a second reminder.
Posted by yzarctoo@aol.com at 8:59 AM No comments: 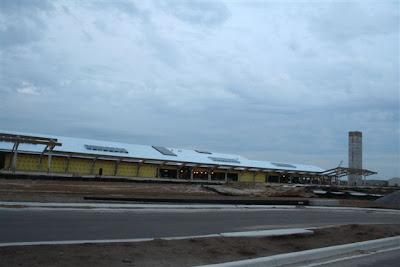 Read About It Here!
Posted by yzarctoo@aol.com at 4:05 PM No comments:

In early January you will be receiving your 2010 GBNA Membership Application and Ballot for our new 2010 Board Members. Please make sure that you use the pre-stamped envelope and return both forms as soon as possible. This will make my job much easier as I won't have to resend Membership applications out a second time. (It will also save GBNA $$$$$)
Don't forget to mark your calendar for April 3rd, 2010.....that's our Annual Meeting and Party. More Information to Follow!
Posted by yzarctoo@aol.com at 8:41 PM No comments:

I am still floored by the meeting this evening. NOTHING was done. The issue was removed from the agenda. It will be taken up at the January 12th meeting. They did pass out the following handout. It is a bunch of notes that were brought up at the last meeting that we discussed on October 27th. They had a whole month to deal with this matter and they did nothing.

Here is what they passed out: (If you click on it you should be able to read it.) 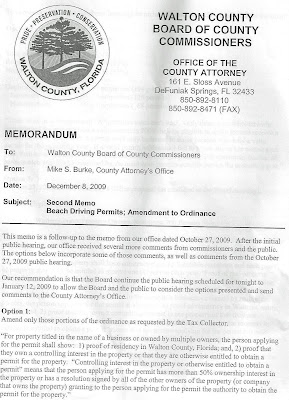 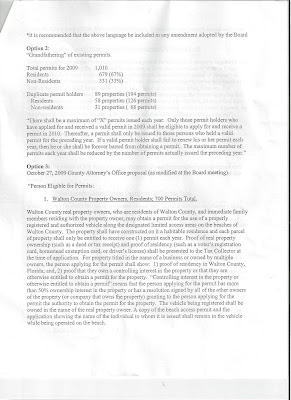 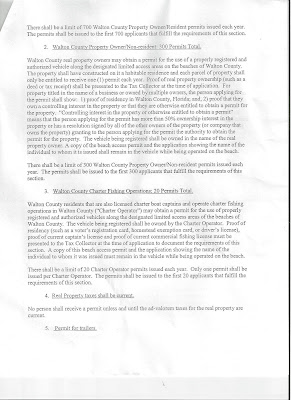 Posted by yzarctoo@aol.com at 6:16 PM No comments:

There has been a lot of calls and emails wanting to know what is going to happen tonight. Some are getting overly excited and maybe a little too worked up. I will be attending the meeting and will post what went down on the blog this evening. You will know if you check in after 8 PM everything that happened and was said.

I am confident that non permanent residents owning property in Grayton Beach will have if they wish the right to purchase a Driving on the Beach Permit. I for one would like this issue to come to a conclusion and a vote be taken by the Commissioners on the proposed (CORRECTED) draft. I think that if our non permanent residents can apply and receive a permit then we have won because just a few short months ago that right and that wording wasn't even in the original draft.

I would like to see everyone just take a breath and then RELAX...no need to get stirred up unless there is "a lump in our pot" that we aren't aware of. I truly think Grayton Beach Residents both Permanent and Non-Permanent are going to be happy. Check in later for News.
Posted by yzarctoo@aol.com at 8:45 AM No comments: 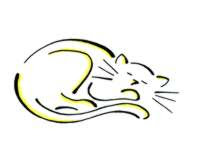 UF and Walton County have opened a Coastal Branch Annex for the Walton County Extension Center next to the County Commissioner Jones Office. Located in Mystic Port Shopping Center. The Grand Opening is December 10th from 3-6 PM

Believe It Or Not

Looks like a Walmart is going to be built across from the Donut Hole. My husband is so sad as he thought a Home Depot might be going in there.
Posted by yzarctoo@aol.com at 8:41 PM No comments:

Florida Panhandle Beaches, United States
Like the Rodney Dangerfield of the American Southeast, Florida's panhandle never gets the respect it deserves. Dubbed the "Redneck Riviera" by dismissive northerners, northwest Florida, in fact, contains some of the most diverse recreation choices along Florida's drastically under-appreciated Gulf coast, and some of the best options for visitors seeking an affordable family vacation. From Destin to the west, where you can hire a fishing or sailing charter, to the smattering of National Seashores as you move east, there's really something for everyone. Seaside's planned community is so "perfect" it was the setting for the The Truman Show, yet you'll also find old-school Florida towns with funky shops, tiny hotels, pristine beaches, and the perfect cottage to rent.

Read more: http://www.frommers.com/articles/6469.html#ixzz0YgSg1LOA
Posted by yzarctoo@aol.com at 8:39 PM No comments: